The worst part of a vacation is the day you have to go home (unless you’re the Griswold family).  The weather matched our mood, and we left the Outer Banks in a downpour.  I had realized the day before that we’d be driving through Virginia Beach around lunchtime–the stomping grounds of our very own Emma’s Dad, Administrator Extraordinaire of the DIS Dads Club.  Luckily, he logged onto Facebook that night and found my message, and we hashed out a plan to meet up.

You’ve heard the phrase “unhealthy obsession” before, right?  That’s a great way to describe how our family feels about the Cheesecake Factory.  I’m sure somebody could come up with a list of why you should never eat there (it’s a chain, the food is unhealthy, their portion sizes could feed the entire roster of the Pittsburgh Steelers), but come on: they have 20 different kinds of cheesecake!  That alone gets me in the door every time.  The fact that I had a gift card left over from Christmas sealed the deal as far as a meeting place was concerned. 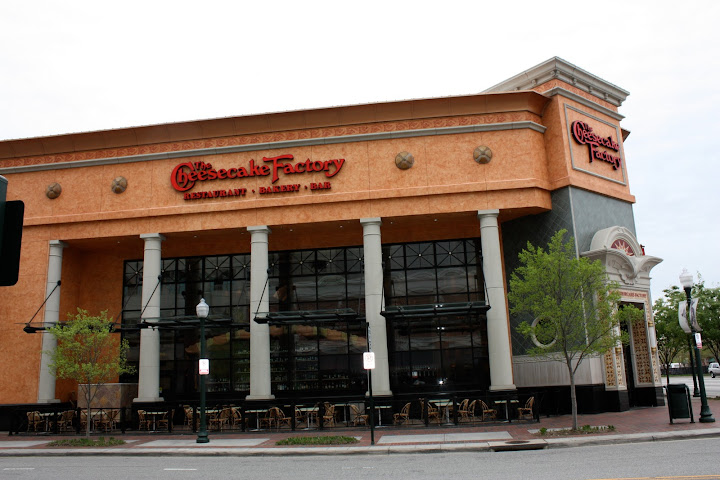 After finding a place to park and trading cell phone calls, Don and I met and were able to shake hands and put a face to a screen name.  My first thought: This dude is tall. 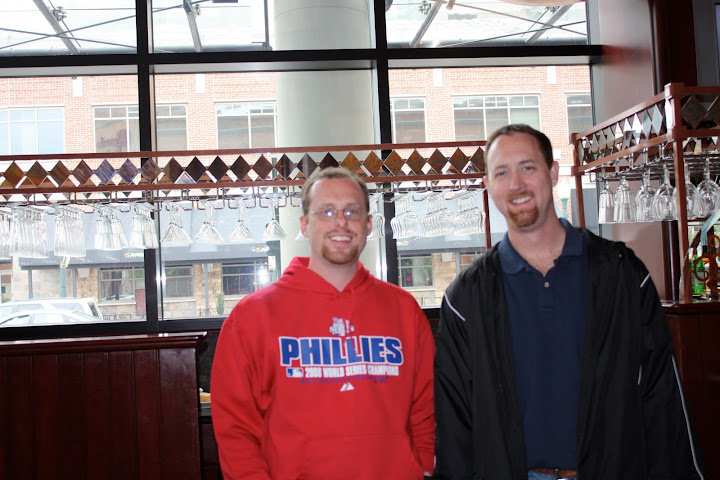 I try to be an ambassador for Philadelphia sports at all times. Oh, and that's what Don looks like.

Don was very pleasant and easy to talk to, and we got along as though we’d been buddies for years.  We offered to buy the cheesecake, which he hemmed and hawed over, but eventually gave in.  Dude, we had a gift card.  It’s not like we were breaking the bank here.  I went with my standard if-it-ain’t-broke-don’t-fix-it choice of Oreo cheesecake.

It was here that Don told me of his ultimate vision for the DIS Dads club: our very own website.  He had researched it thoroughly, he said.  Painstakingly spent time and money building the greatest server, network and database known to mankind.  A virtual-reality kingdom such as the world had never seen.  It would make Skynet look like a Commodore-64.  He was all set to launch…

And then, of course, Aaron swooped in under his nose and took the domain name.  But hey, now you get to read this trip report.

It could be that I’ve misplaced a few details, but I’m pretty sure that’s how the conversation went, interspersed with making fun of the other DIS Dads who weren’t there to defend themselves.  Unfortuately, Don’s family had a prior engagement, so I didn’t get to meet the rest of them.  Next time!  He did tell me that his wife is grateful that he met me, though.  Now when he doesn’t listen to her, she calls him “Captain Oblivious”.   I’m always glad to help.  In any case, it was great to meet him.

We said our goodbyes and drove through the 17-mile engineering wonder that is the Chesapeake Bay Bridge-Tunnel, which connects Norfolk and Virginia Beach to the Delmarva Peninsula.  Soon, we were back in familiar territory. 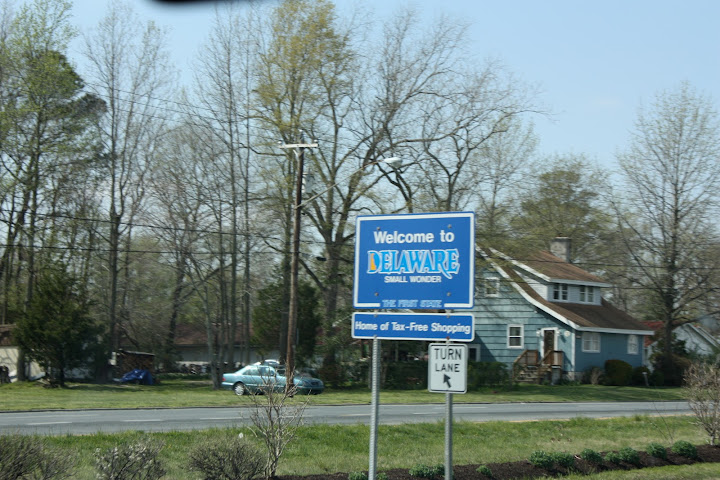 To soften the blow of returning home, we stopped at our favorite hole-in-the-wall pizza place in Lewes, DE.  Hard to beat pizza from a wood-fired oven.  If it’s not obvious to you yet, we like our junk food.  Hopefully I’ll get my cholesterol down into triple digits someday. 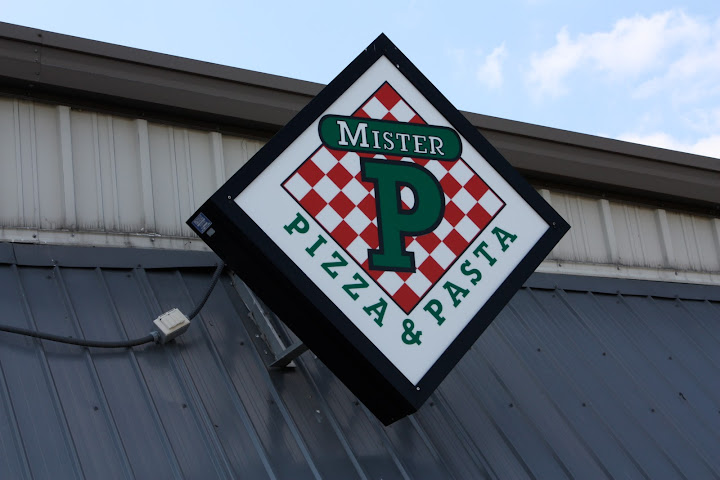 When we got home, we unloaded the van and turned the family room into a disaster zone.  Cleanup could wait, though.  We needed to update our “Places We’ve Been” Map. 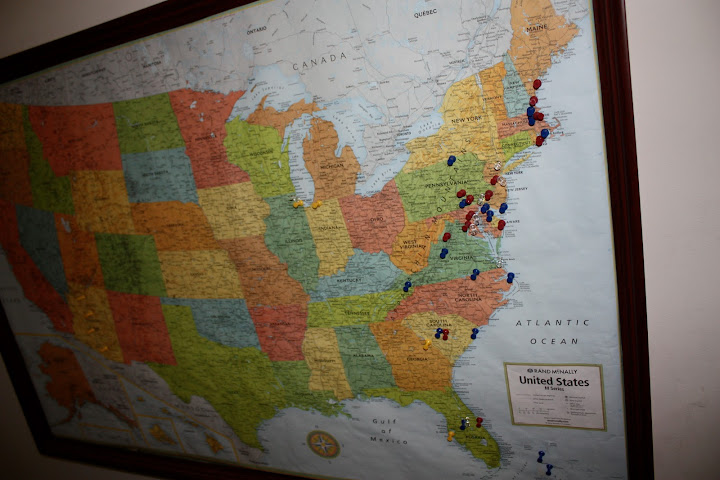 Our plan to take over the world is coming along nicely.

Yellow = My wife and I travelling alone (including hard-to-see pins in Chicago, Indiana, and Arizona)

Clear = Cheesecake Factory (did I mention our unhealthy obsession with this place?)

The little slice of Tennessee we drove through is now officially the farthest west our kids have been.  We’ll keep working on that.  Down in the lower portion of the picture, you can see where we tracked our trips to Disney World and the Disney Cruise.

And so this report draws to a close.  Of the thousands upon thousands of people who took the time to read it, I’d like to give special thanks to Barry, Christopher, and Aaron, who are the only three that I’m sure actually did read it.  All kidding aside, it was fun to re-live the vacation and share the experience, and I appreciate Aaron graciously allowing me to post the report here.  I hope you enjoyed it, or at least were mildly amused or even neutral in your opinion of its quality.  As I type this, I have 94 days until my next trip to Disney World, which means another trip report is right around the corner!