One of my family’s bucket list goals is to get our kids to all 50 states.  Why?  Because a) we want to see the country, 2) it’s a goal that has both measurable progress and is fairly easy to keep track of, and D) it’s easier than trying to meet a goal of saving for college, or other such nonsense.  As luck would have it, our kids hadn’t crossed the border into Vermont yet, so guess where we were headed next? 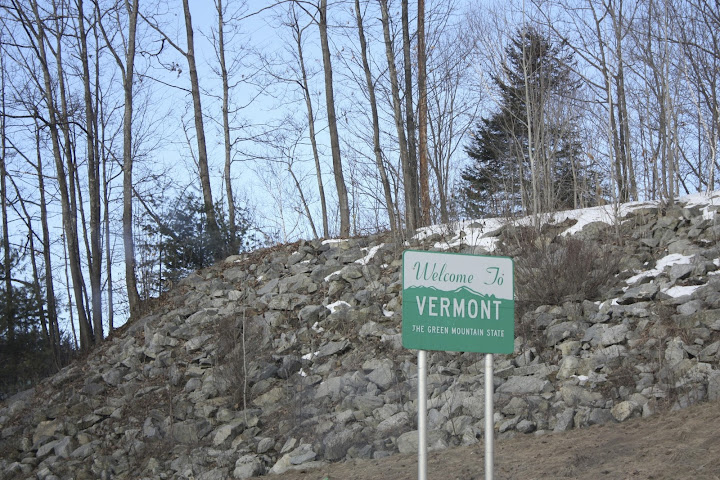 (No points for guessing that one.  I mean, come on.  It was obvious)

Our first destination was the town of Waterbury, deep in the heart of the Green Mountains.  Slightly north of town is the Ben & Jerry’s Ice Cream Factory.  The appeal of a visit here should be perfectly obvious: they have public restrooms available for weary travelers.  Also, they offer a tour that includes free ice cream samples! 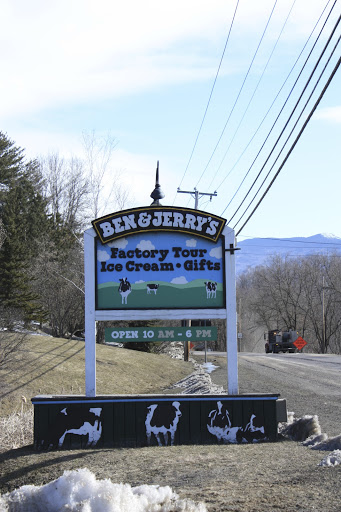 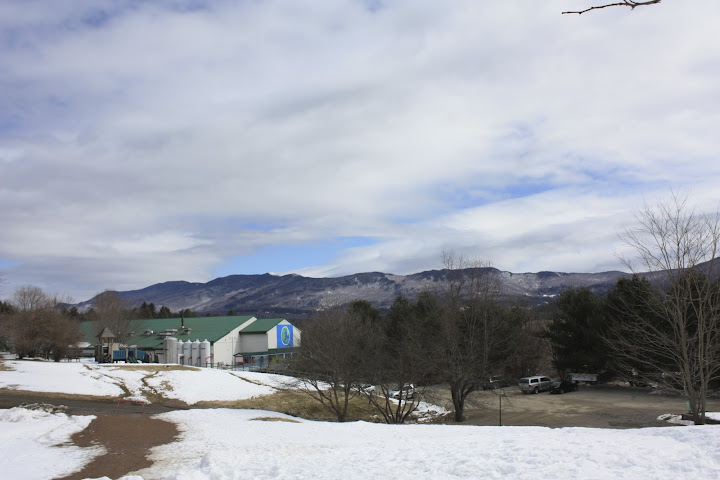 I could think of worse office locations. 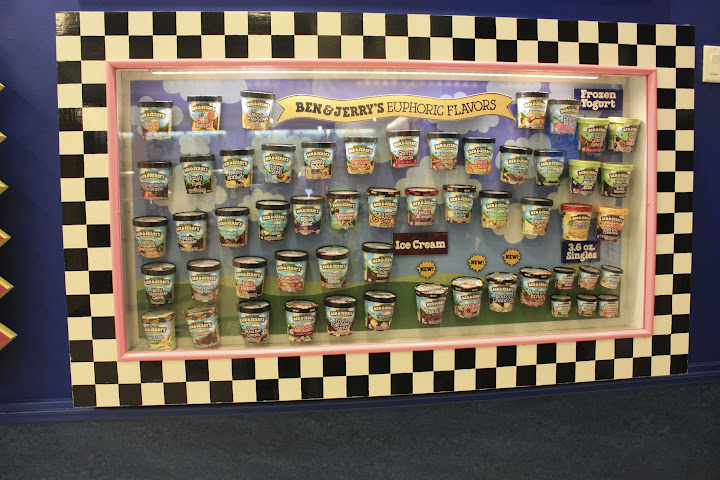 So many flavors...so little time.

We reached the factory at 10:00 a.m.  Outside temperature was 27 degrees.  Naturally, we all felt it was time for ice cream.  The tour started with a 6.5-minute film about Ben & Jerry’s in which they spent 2 minutes telling you about how the company got started and 4.5 minutes extolling the virtues of fair trade and the dangers of bovine growth hormone while the kids’ eyes glazed over.  Soon after that, we saw the factory floor (no photos allowed) and feasted on our free sample of Choc-COW-late Chip ice cream.  For some reason, I feel like Barry will appreciate that name.  It was vanilla ice cream with chocolate cows mixed in.  We all gave it a thumbs-up! 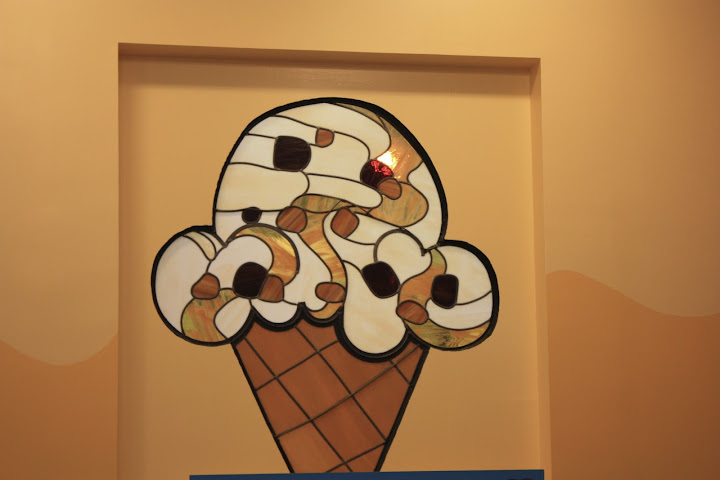 This place was the Cathedral of Ice Cream. 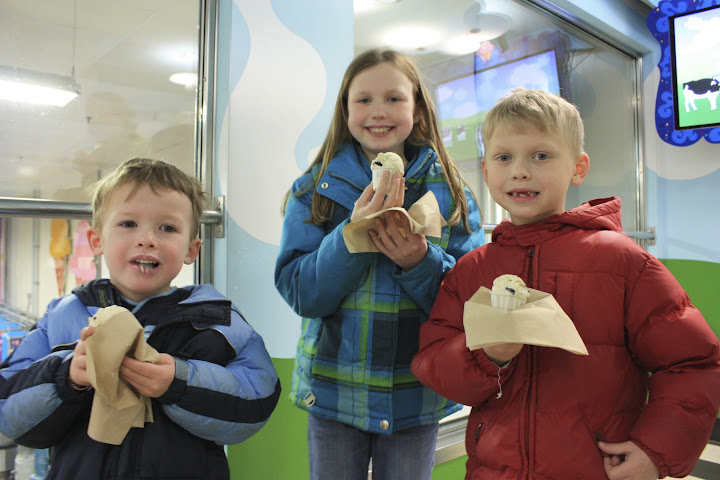 The tour was both short and fun.  Being Disney veterans, you’ll never believe this, but it emptied out into a gift shop!  After wandering through, we decided we hadn’t had enough ice cream for breakfast and went to the scoop shop to satisfy our cravings.  Julie won the prize for most interesting flavor: she chose “Late-Night Snack”, which was vanilla ice cream, caramel swirl, and chocolate-covered potato chip clusters. 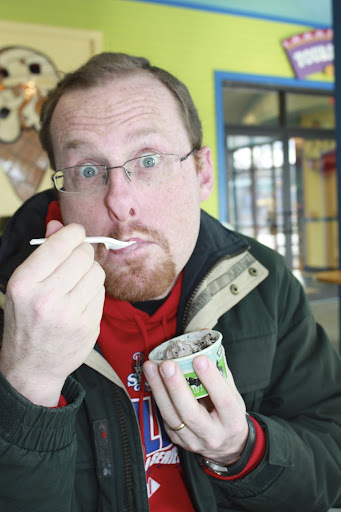 Yes, you read that right.  She blessed this flavor with a declaration of, “It’s soooo good!” 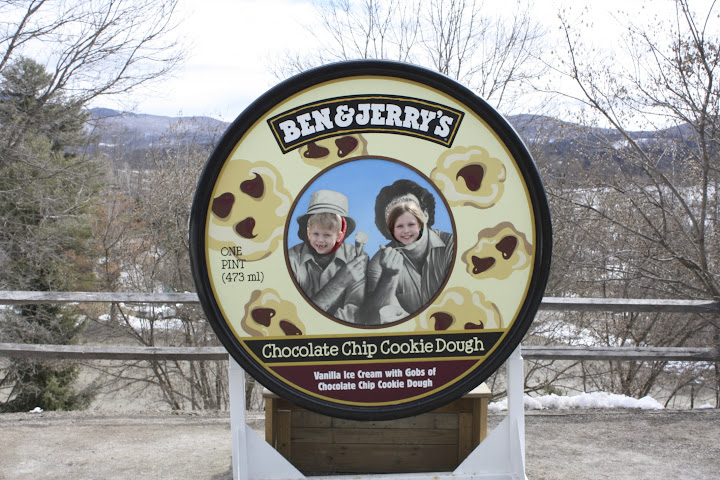 Is it me, or are Ben & Jerry getting better-looking?

We also toured the Flavor Graveyard.  This is an area up the hill from the factory where they have placed headstones commemorating their failed ice cream inventions.  Our favorite was the Peanuts! Popcorn! flavor which, according to the tour guide, had the consistency of flakes of cardboard in your ice cream.  Here’s how Ben & Jerry summed it up: 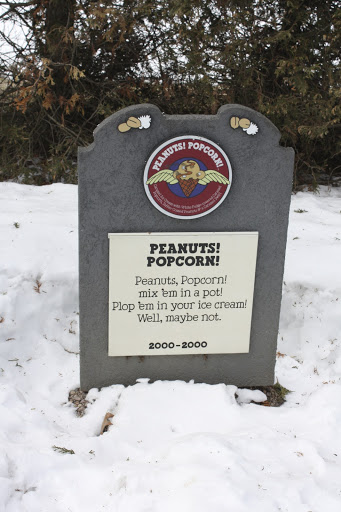 So I guess we wouldn’t be trying that one.  The kids memorized that headstone and proceeded to recite the poem for the next 30 minutes in the van.

We had lunch in the picturesque town of Stowe.  It’s a charming town at the base of Mt. Mansfield, the highest point in Vermont, and a popular ski destination in the winter.  We ate at a place called Piecasso’s Pizza, which turned out to make one heck of a good pie.  Julie declared it her 2nd-favorite pizza ever. 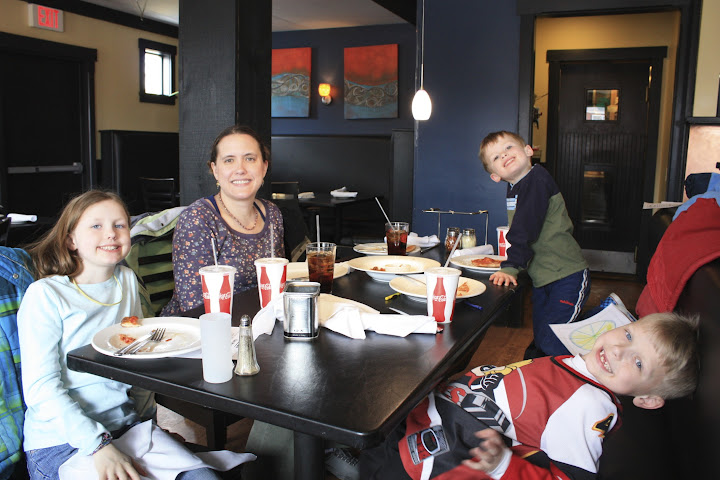 And we couldn’t leave you without a special treat for Barry.  This restaurant not only had very good pizza, but it also featured the one and only… 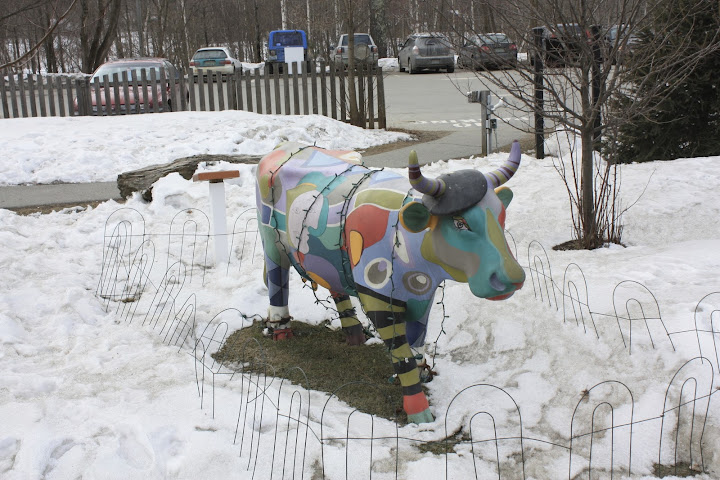 How can you not take a picture of this?

Coming Up Next: More wandering in Vermont, and dinner in a train car.