Monday Poll – IF World Showcase gets a Brazil Pavilion, what are you most looking forward to? 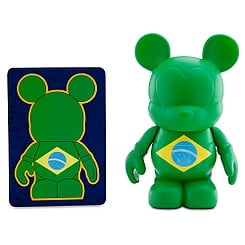 Brazil Vinylmation from the Flags series

Rumors have been rampant for the last week that Disney will soon announce that Brazil will become the 11th country in Epcot’s World Showcase. While such rumors have cropped up fairly regularly for several years now, the latest round was initially triggered by a Brazilian news report. The website Inside the Magic, with an assist from a Portugese-speaking contributor, reported that high-ranking Brazilian government officials had met with Disney and that an announcement of a Brazil pavilion in World Showcase was imminent. An intrepid reader of Inside the Magic also noted that the Disney Vinylmation Flag Series includes 11 figures. 10 of the figures are from the current World Showcase Pavilion countries. The 11th figure: Brazil.

It’s still just rumor and speculation until there’s an announcement, but this seems to be the most solid rumor in some time. World Showcase last added a new pavilion in 1988, and Brazilian tourism to Walt Disney World has continued to increase at a rapid pace, even during the recent economic downturn. So IF a Brazil Pavilion does come to World Showcase, what would you be most excited to see/experience? Answer the poll at the right and tell us in the comments.