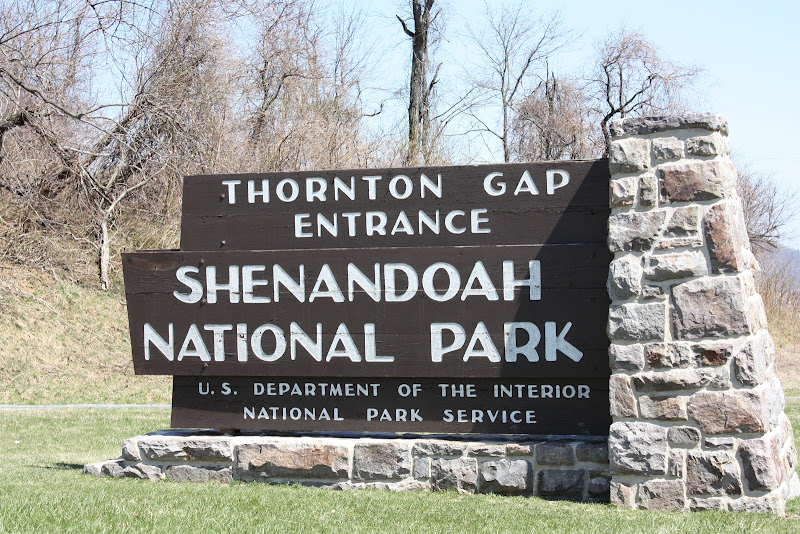 I'll give you 3 guesses where we went next.

After our gourmet meal, it was time to hit Skyline Drive.  While the total length of the drive in the park is around 100 miles, we would only be doing about 70 or so.  The trees were just beginning to sprout buds, so we didn’t get to see as much color as we were hoping–much of the forest still looked dormant.  On the plus side, this meant we’d be getting more views of the Shenandoah Valley than normal. 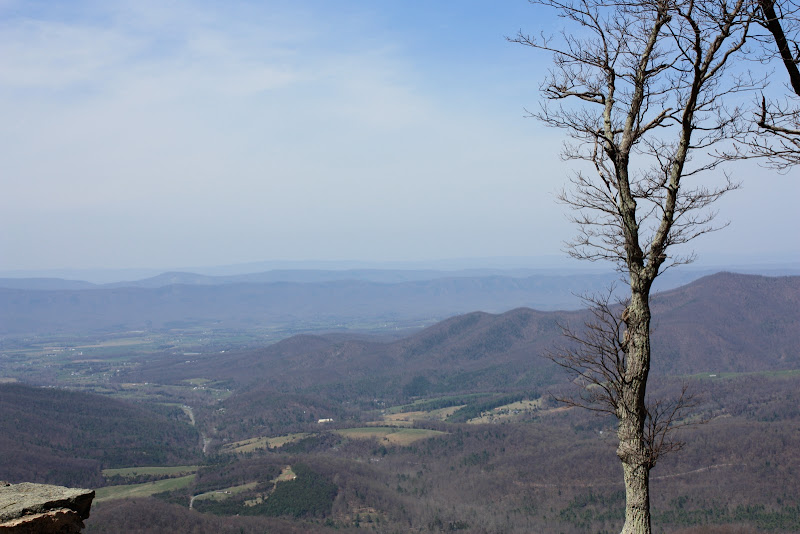 The road is a 2-lane road that winds up and down mountainsides, with pull-offs every so often affording scenic views of the Shenandoah Valley and the Appalachian Mountains to the west, and the Virginia lowlands to the east.  Being a road engineer, I enjoyed seeing how they built the road into the sides of the slopes, trying to give maximum views while impacting the forest as little as possible.  I couldn’t quite figure out the guardrail criteria, though.  They would have miles of rock wall running parallel to the road, and then hit a sharp curve right around a steep drop-off, with no barrier whatsoever.  Maybe this is the National Park Service’s version of a thrill ride. 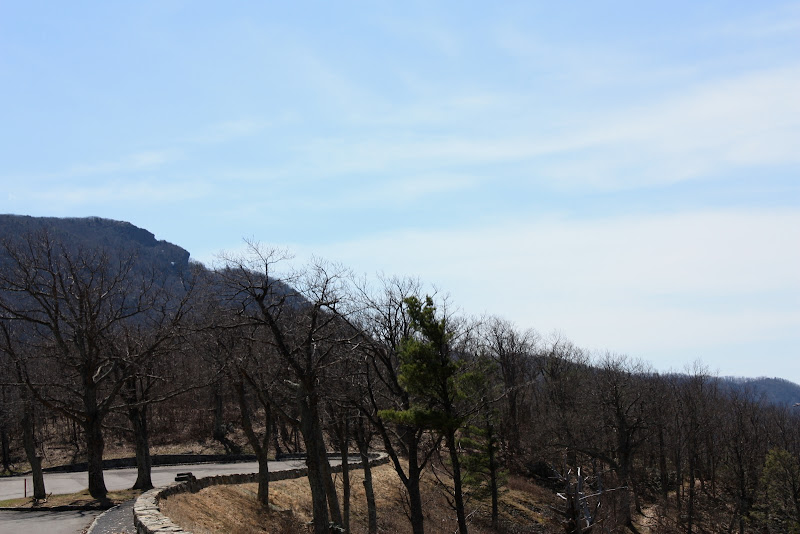 Max speed was about 35 mph (oddly about the same as the Washington Beltway), so we wound slowly through the park for a couple of hours, stopping every so often for pictures.  Right about the time the kids started asking if we were there yet, we pulled into the parking lot for the hike to Dark Hollow Falls.

The guidebooks listed this as a “moderate” 1.5-mile hike that followed a stream to the falls, which drop about 75′ and Thomas Jefferson himself once made the trip to view.  What we got was a hike that was nearly as steep as the Bright Angel Trail in the Grand Canyon, just with more water nearby.  Maybe I’m just out of shape (likely), but this trail was “moderate” in the same way the electric chair is a “moderate” punishment.  The problem we faced was the same: what goes down must eventually come back up.  Still, we wanted to see the waterfall. 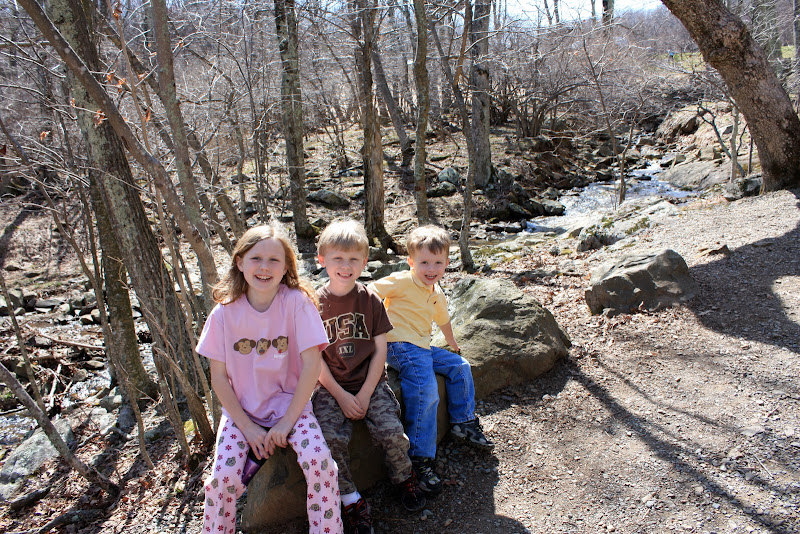 The kids, before they realized they'd have to climb back up. 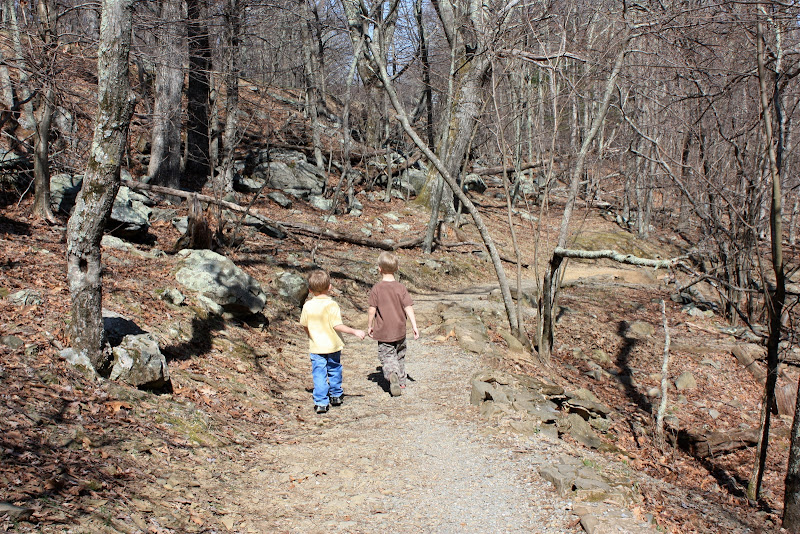 About 2/3 of the way down, we stopped by a little pool where the stream was wider and flatter.  An Asian family stopped here as well.  They were chattering away in their native language and didn’t appear to speak much English.  I knelt down with Sarah and we started picking out smooth, flat stones.  I started teaching her how to skip them across the water.  I looked over, and the other dad was doing the same with his son.  I guess some things are universal.

After a brief rest, we continued down the way and found the falls. 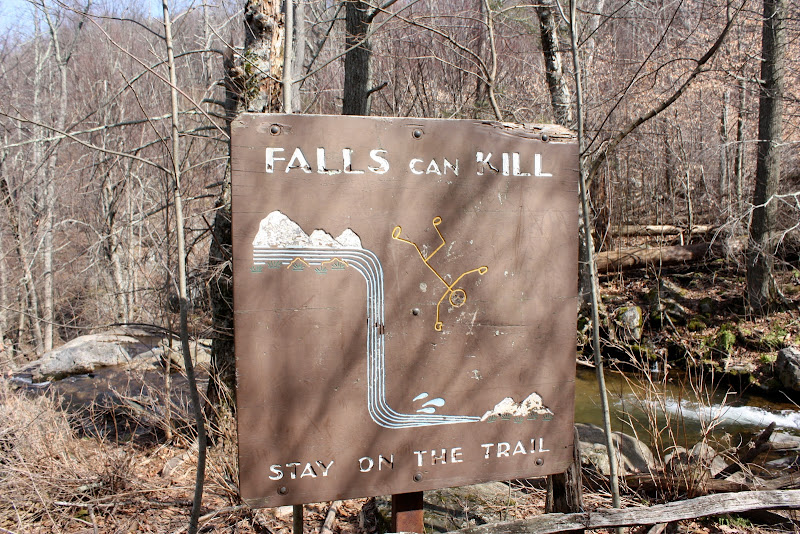 I'm wondering who gets the assignment to carve this. 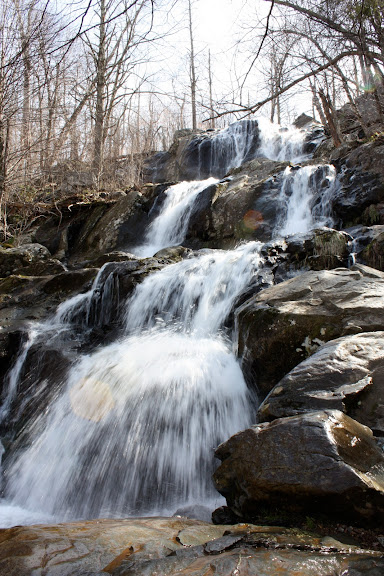 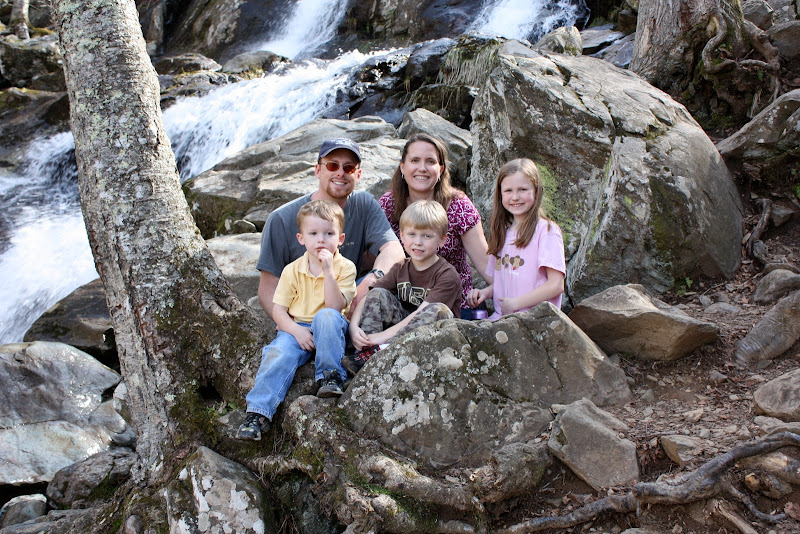 This might be our Christmas card, if you don't mind Scotty not paying attention and Dave looking constipated.

No doubt about it, the falls were worth the hike.  With this being the beginning of spring, the snow-melt runoff was at its peak, and the water was gushing. Great spot to sit, rest, and enjoy creation.

After taking several dozen pictures, we started the hike back up. Scotty took about 3 steps and then declared he was too tired, and needed to be carried. I responded with loving, encouraging tones that, roughly translated, meant, “Suck it up, kid.” Naturally, whining eventually won out and I picked him up to carry him up the steeper parts of the trail. I made him walk on the flatter parts, which he wasn’t happy about. But this was hard work. It would have been hard enough hiking up by myself, but this kid was adding 40 lbs. of dead weight. I don’t know if you can tell from the pictures, but his head is huge. It’s off the growth charts in the doctor’s office. It’s like a bowling ball attached at the neck. Try hiking uphill with that sometime.

Thankfully, the other two kids didn’t complain (much), and after frequent breaks, we finally reached the parking lot. Extra cheese balls for everybody! 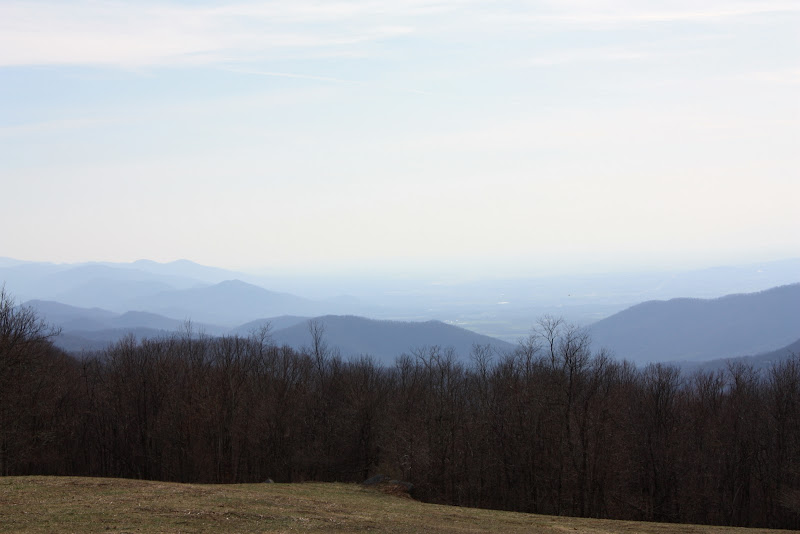 We made one more stop at the visitor center to stamp our National Park Passport (sort of like the Epcot passports). Then, we continued on, enjoying the drives and the views. Not so much the kids’ antics. Dave began messing around with a bottle of red Gatorade, figuring out how to blow into it to make noise. Eventually, this resulted in him dumping Gatorade all over the floor of the back seat. We stopped at the next pull-off and frantically began wiping everything with a paper towel. Dave thought this would be a good time to start climbing into the back of the van and sit on our luggage. With Dave, you don’t always ask “Why?”, you just kind of shake your head in bewilderment and move on. 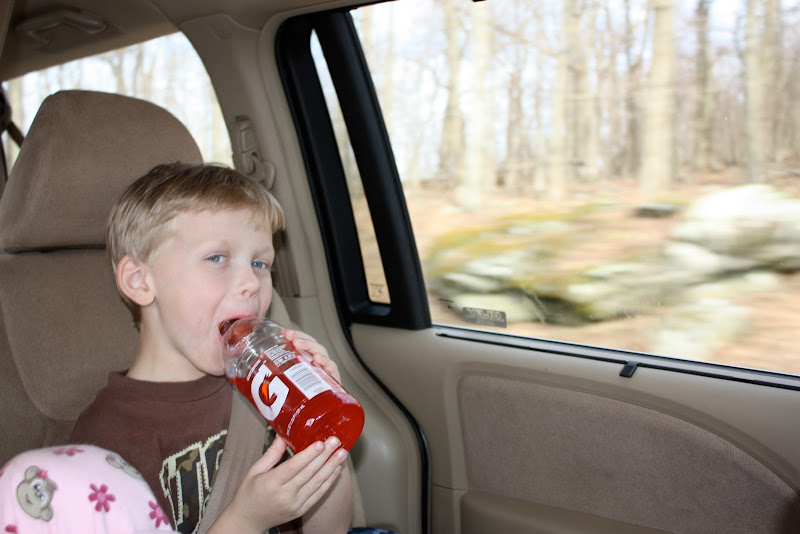 Dave, just before "The Gatorade Incident".

We pulled into my relatives’ driveway around 7:30 that evening and were treated to pizza and ice cream (hey, we earned it with that hike). This was topped off with a dip in their hot tub, and the following brief conversation with Big Dave:

Great. Glad we spent so much time at the other places. That’s what makes it all worthwhile. 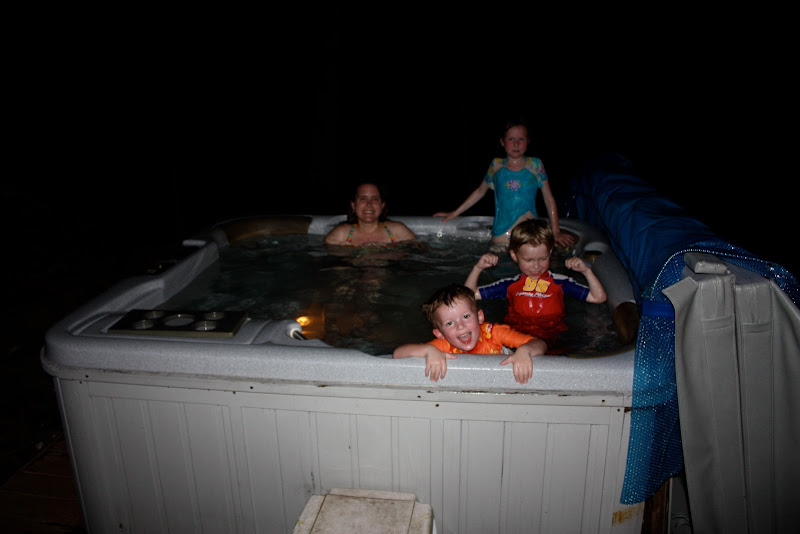 The highlight of the trip, according to some.

Coming Up Next: I gloss over 2 days of mostly driving where not much of interest happened. You won’t want to miss it!